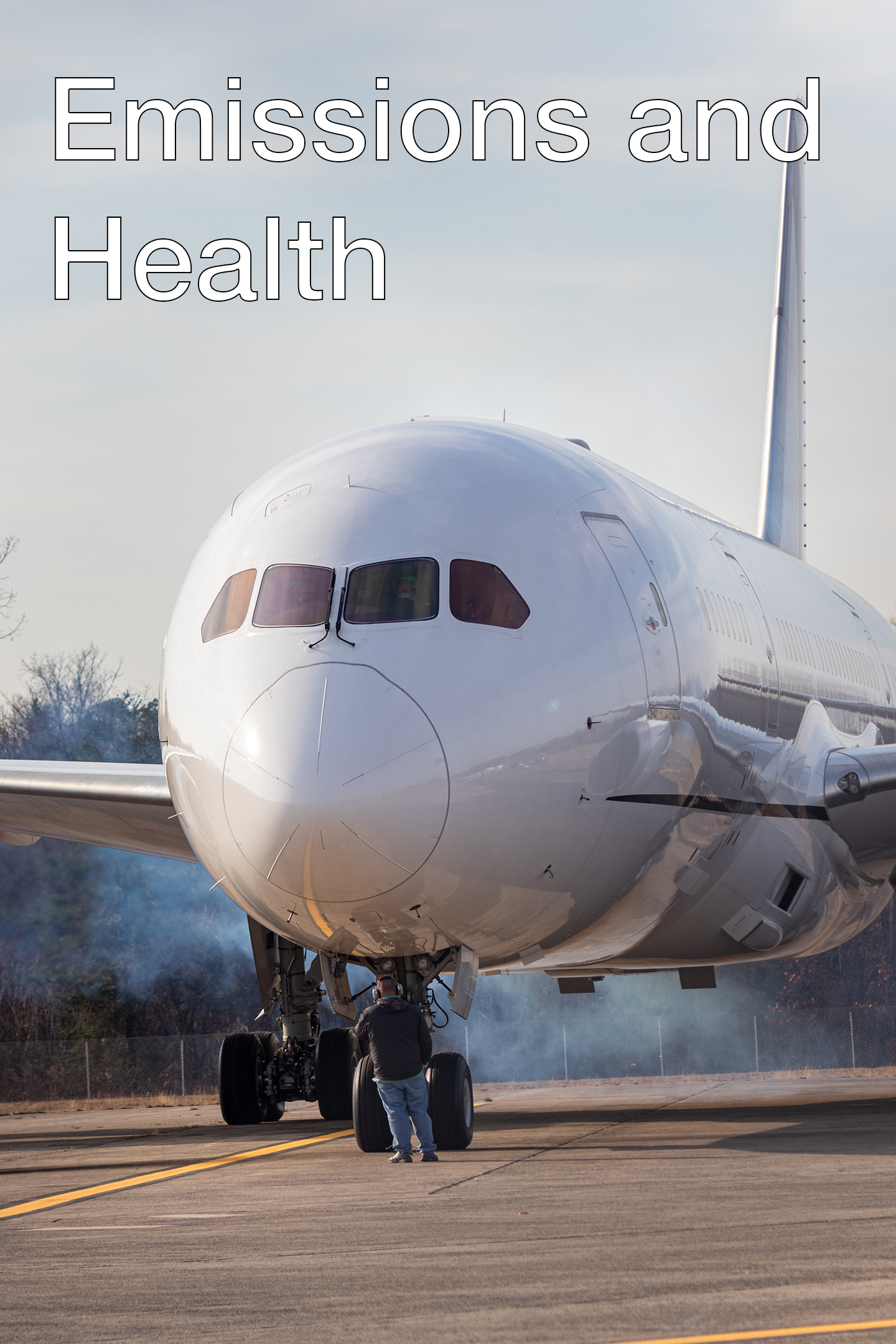 Aviation emission content includes carbon dioxide, water vapor, nitrogen oxides, sulfur oxides, carbon monoxide, hydrocarbons, and particulate matter. Particulate matter is the emission of concern for airport communities as it lingers in high concentrations near the release point. Exposure to ultrafine particles (UFPs), which are less than 100 nanometers in size, may result in more serious health concerns than exposure to larger particulate matter. Limited epidemiological studies suggest exposure to aircraft UFPs is similar to exposure to diesel particles, which has been linked to adverse health effects and mortality. Since EPA regulation on PM10 and PM2.5 is by particle diameter and not particle concentration, ultrafine particles are severely underrepresented and therefore essentially unregulated.

Particulate matter is released directly into the air at varying heights while taxiing, takeoff, and landing. Wind speed and direction play a large role in where the particles end up. A 2016 study found increased particle concentration at sites up to 7.3km away from Logan Airport when wind was coming from the direction of the airfield.
‍ 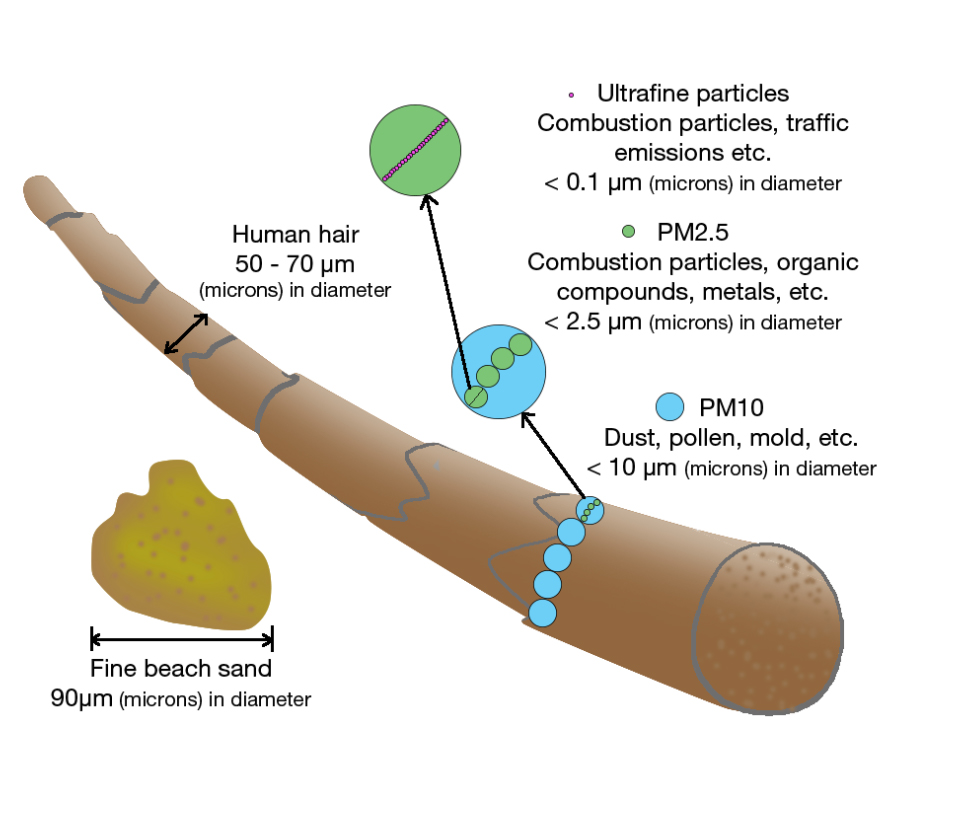 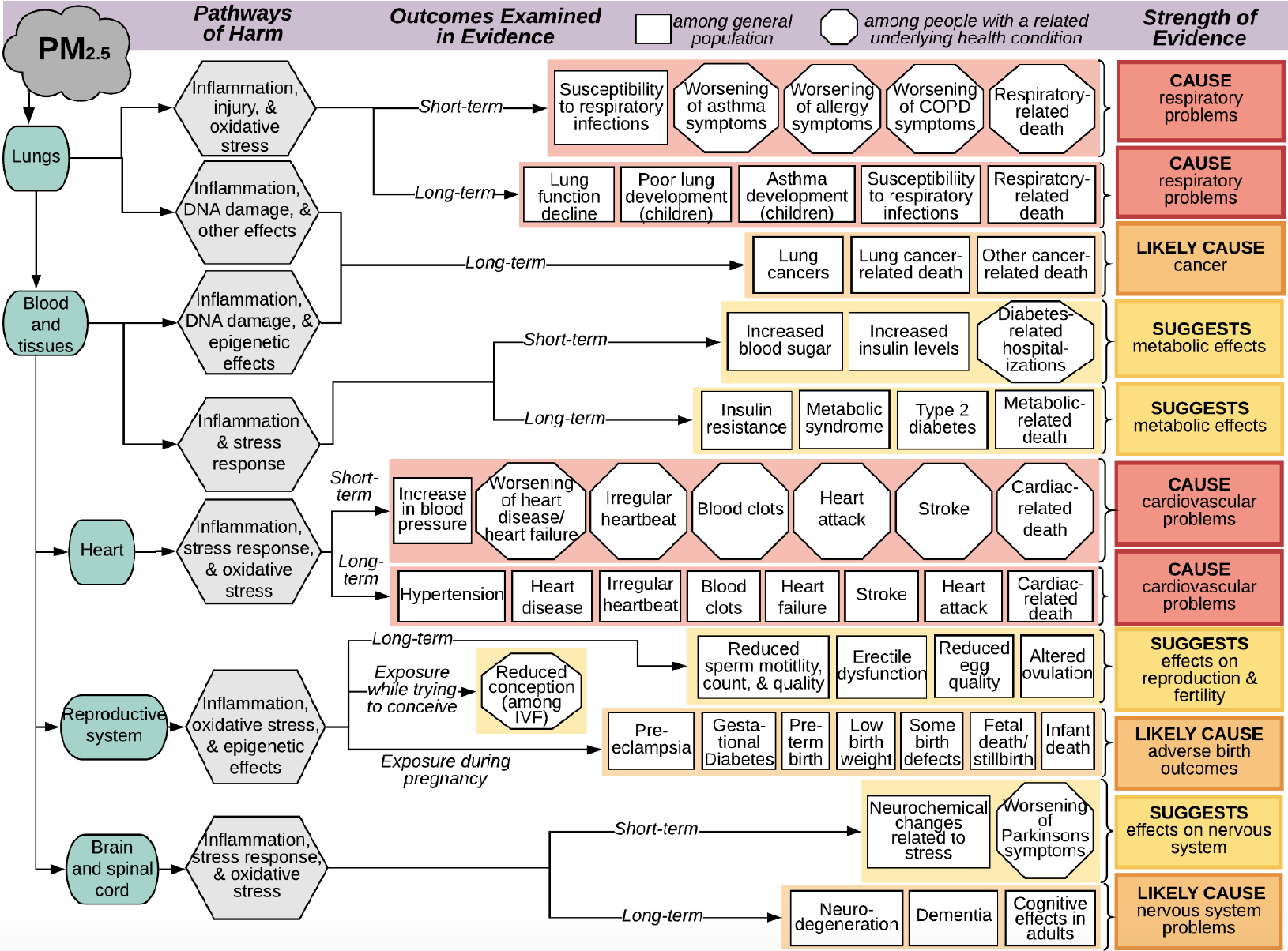 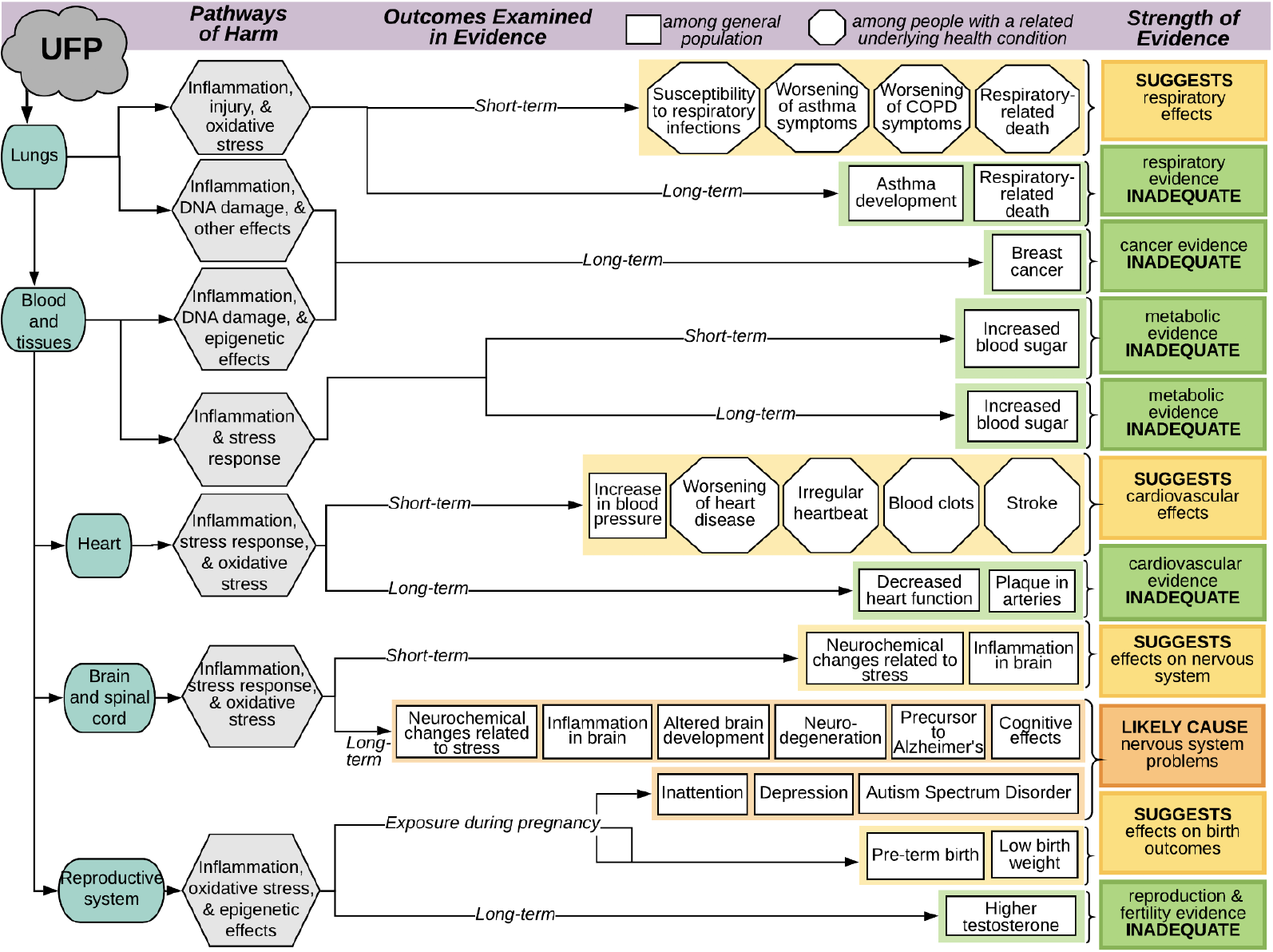 Graphics from the University of Washington’s “Community Health and Airport Operations Related Noise and Air Pollution: Report to the Legislature in Response to Washington State HOUSE BILL 1109.” December 2020.

The above graphics show Strength of Evidence Pathway Trees for PM2.5 and ultrafine particles. Notice the causations between PM2.5 exposure and health effects, thanks to years of epidemiological studies. Hardly any causation can be made between UFP exposure and health effects, due to a smaller body of research. Despite this, it is possible that UFP exposure can lead to more serious conditions thanks extremely small particle sizes that can reach further into bodily systems. Increased studies with health outcomes will be needed to raise suggestions to statements of causation.

Monitoring airborne particles after an aircraft passes overhead in Winthrop, MA. Notice as the particle concentration spikes only shortly after the aircraft flies by. Video courtesy of Scott Hersey.

It’s not just people who live near the airport who suffer from health issues stemming from aviation emissions. Pilots and other aviation professionals spend a lot of time both in and around aircraft, where emissions concentrations can be dangerously high. Aviation toxicity syndrome, also known as aerotoxic syndrome, occurs when cabin circulation systems fail, leading to “fume events”. Incidents in the past have led to crew sickness and even visible smoke in the cabin, which can lead to an emergency landing.