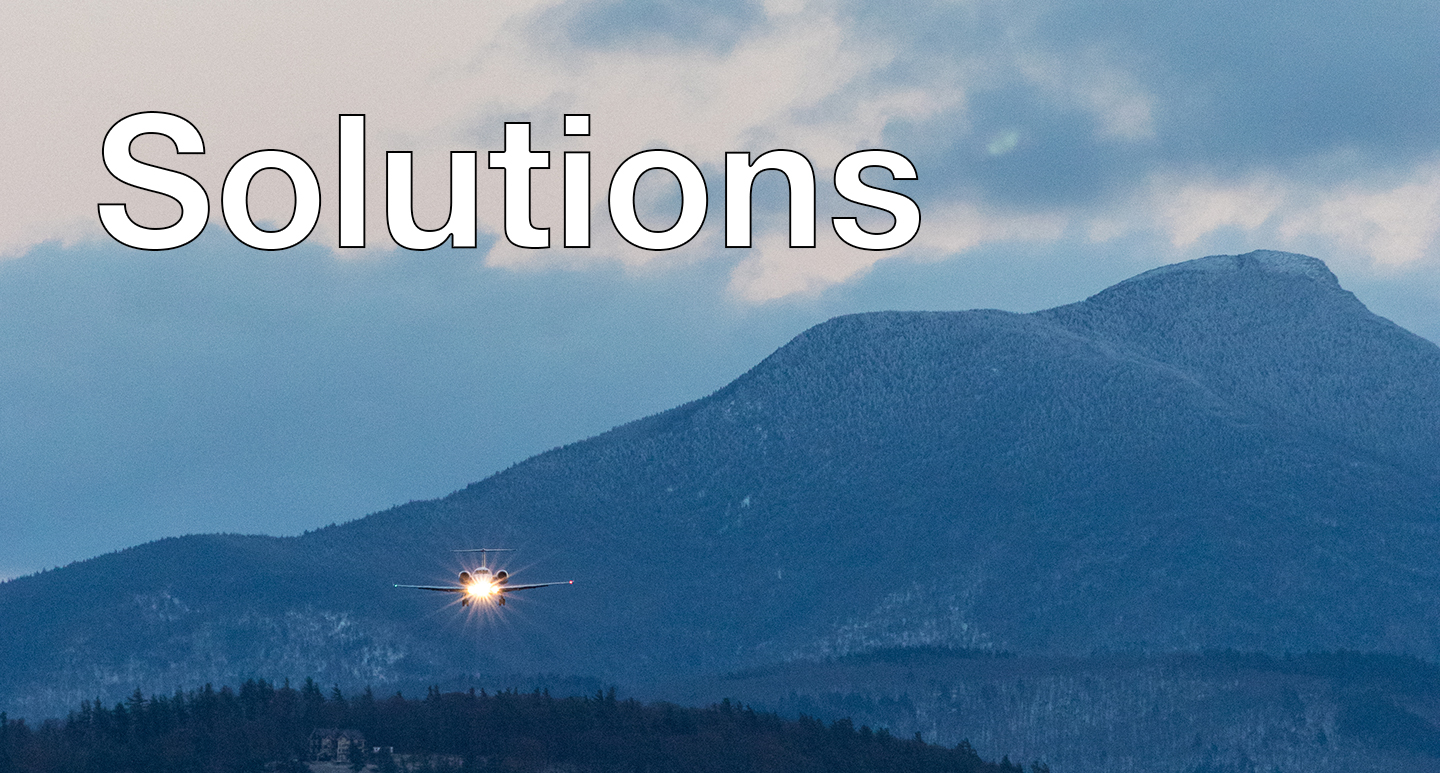 Carbon offsets give the airline or the passenger the option to offset carbon dioxide emissions by investing in projects that actively take CO2 out of the environment. However, offsets don’t help airport communities, as the same amount of emissions are released from aircraft. Other ethical concerns exist as well, as it can be unclear exactly how the money is being spent.

A big question asks who should pay, the passenger or airline? Responsibility is loosely delegated when it comes to the environmental impact of aviation. While many passengers may feel like the airline is responsible, taxing the industry can result in additional problems. The International Air Transport Association argues that putting the burden of carbon taxes on airlines will reduce capital for emission reduction technology, and could lead to loss of passengers and therefore revenue.

While Sustainable Aviation Fuels have the ability to reduce lifecycle emissions by 80%, there are drawbacks. Growing crops specifically for aviation can ignite a land-use battle, while monocropping has associated biodiversity challenges. Right now, production is the major blockade. Current production is around 100 million gallons, which is far less than 1% of all jet fuel. IATA’s 2025 target of 2% SAF by 2025 would require 6-7 billion gallons. This would require significant policy and investment.

However, investment in SAF is continuing, even if the fuel struggles to compete with typical Jet A1. Amazon Air recently bought 6 million gallons, provided by Shell Aviation. Renewable energy company NESTE has partnered with major airlines such as KLM, Lufthansa, and All Nippon to increase use of SAFs at certain airports. Rolls Royce is experimenting with a new engine that can run on 100% SAF, since the current international mandate requires at least a 50% blend with traditional fuel.

While carbon offsets and Sustainable Aviation Fuels have limited benefits for airport communities, zero-emission aircraft would significantly reduce harmful exposure surrounding airports. While no electric or hydrogen aircraft currently operate commercially at a large scale, ambitious plans in the next few decades hope to change the narrative.

As with other emission reduction strategies, zero-emission also comes with its challenges. Current battery power technologies could not support a large aircraft, which is why electric aircraft developers are currently working with smaller planes that could be capable of regional transport. Scaling up electric aircraft development would require increased lithium mining to make the batteries, which could lead to environmental and human rights issues in mining countries. In Argentina, lithium mining has contaminated streams, while conflicts between communities and mining companies have arose in Chile. Hydrogen propulsion technology for commercial aircraft has its challenges, such as safely storing large quantities of hydrogen and proving to administering bodies that the aircraft are safe for commercial operations. Despite this, Airbus has an ambitious goal to have hydrogen-powered aircraft enter service by 2035. 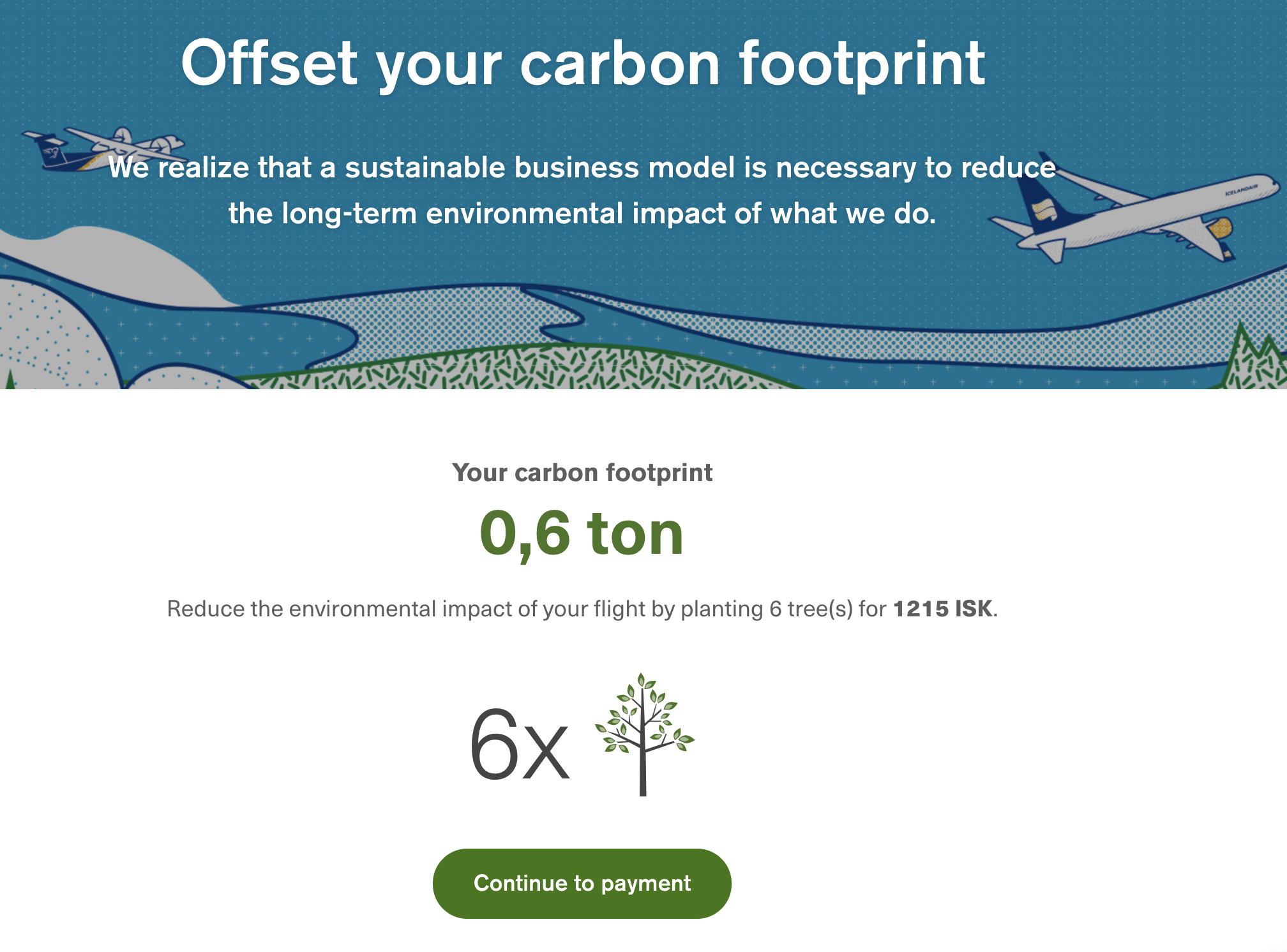 Icelandair's carbon offset program. For a flight from Keflavík to Boston, a passenger would pay 1215 ISK, or about $9.50 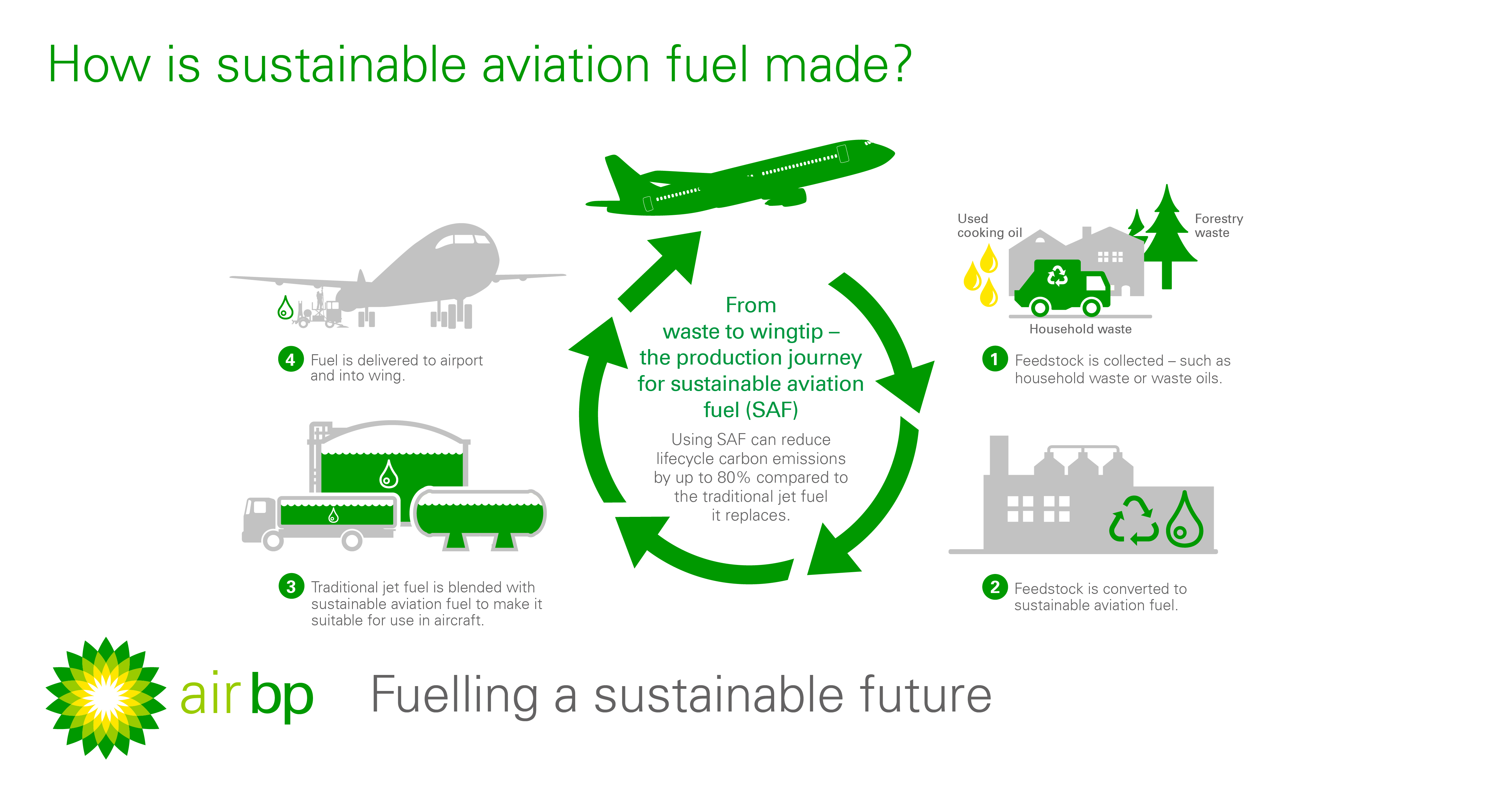 A basic description of the Sustainable Aviation Fuel process from BP, one of the fuel companies experimenting with SAF development. 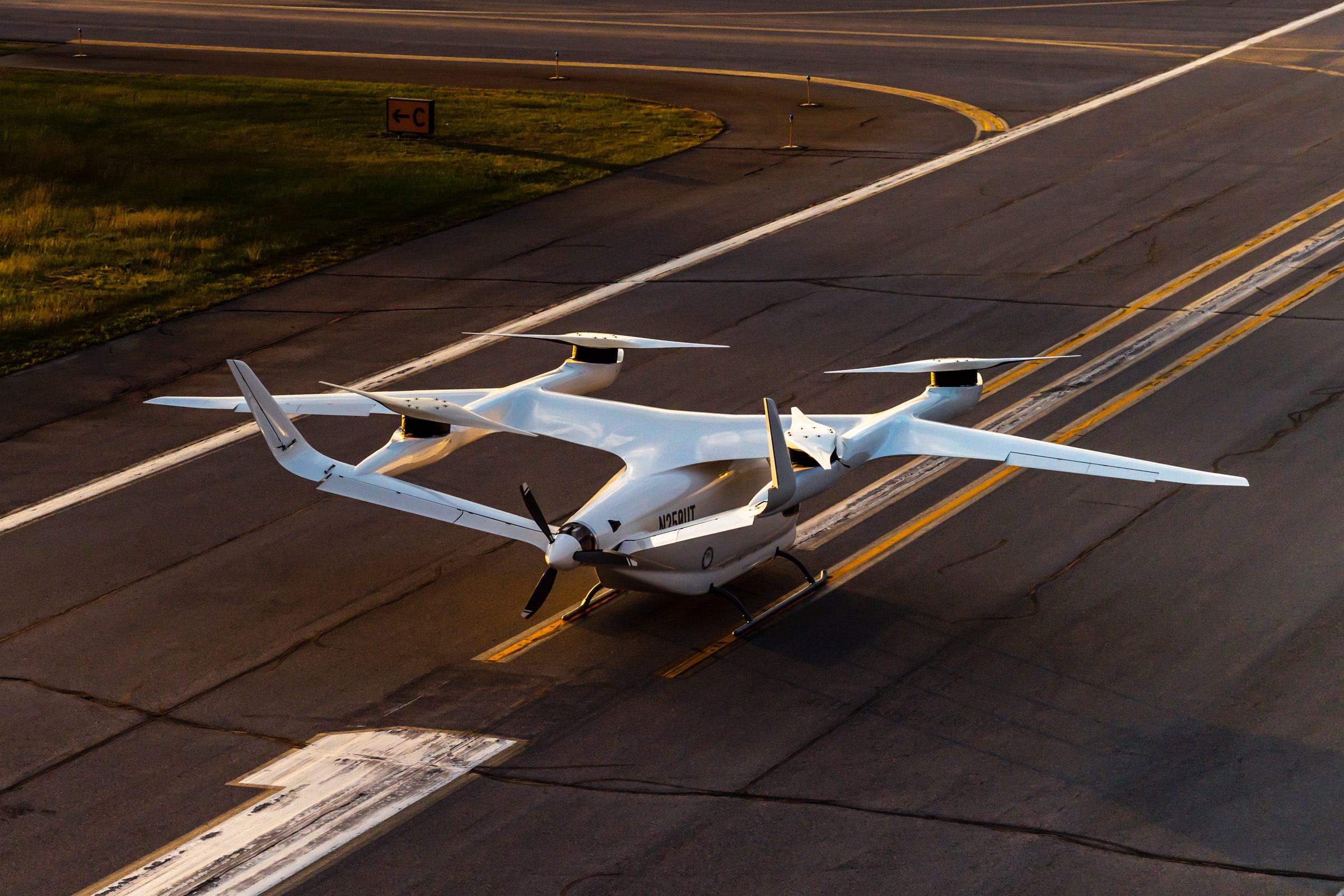 Burlington, Vermont's BETA Technologies has funding from the U.S. Air Force and United Therapeutics to produce electric vertical takeoff and landing (eVTOL) aircraft. This is their Alia-250c prototype.

Despite a 70% improvement in fuel efficiency over the past 40 years, if the aviation industry continues with business-as-usual, it is estimated that carbon dioxide emissions could increase 23% by 2050, increasing aviation’s global share to over 3%. This will also lead to an increase in the criteria pollutants, such as particulate matter, which directly harm airport communities.
‍
While efforts at individual airports can make a difference, domestic and international policy will be needed to drive consistent change across the industry. Since the newly adopted emissions standard by the United Nation's International Civil Aviation Organization (ICAO) and the EPA will result in minimal change, other pathways to emission reduction must be explored in the near future.
‍
CORSIA, the Carbon Offsetting and Reduction Scheme for International Aviation, is an effort by ICAO to reduce aviation emissions to half of 2005 levels by 2025. This scheme aspires for carbon-neutral growth after 2019, where carbon offsets are used to replace any emissions above the threshold. To continue decreasing emissions, the scheme relies on improved technology, sustainable fuels, efficient operations, and infrastructure improvements. CORSIA’s first formal phase does not begin until 2024, and only includes international operations between member states. International aviation accounts for about 65% of aviation emissions, with domestic operations, not included in the scheme, accounting for the remaining 35%. Due to the pandemic, ICAO decided to change the CO2 threshold from 2020 to 2019 levels, as 2020 was severely impacted by COVID-19. Many member states will already emit below 2019 levels for the coming years without new technology and policy, threatening the relevance of the testing phase.